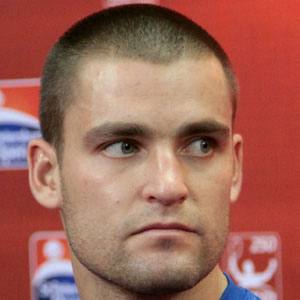 He used to be a ball boy at the Davis Cup for Russia vs. USA matches.

He was graduated from the University of Moscow with a Ph.D. in Philosophy.

He married his wife, Yulia, with whom he fathered his son, Maxim, in 2009.

Mikhail Mikhailovich Youzhny Is A Member Of