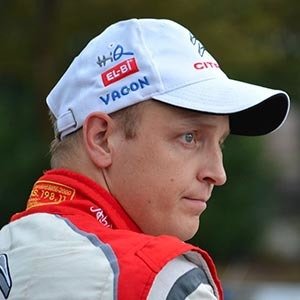 Finnish professional rally driver who is known for competing in the World Rally Championships as well as the Rally-Raid championships. He has earned sponsorship from Ford, Subaru, and Citroen and drives for each of their teams.

He is known for having won both the 2012 Rally d'Italia Sardegna and the 2014 Wales Rally GB.

He was born and raised in Kannonkoski, Finland and has two sons.

He took the spot of fellow professional racer Richard Burns in 2003 on the Subaru World Rally Team.

Mikko Hirvonen Is A Member Of