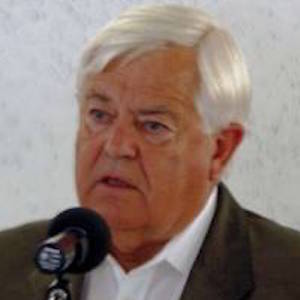 Slovenian statesman who served as the country's first president from 1991 to 2002. He advocated a peaceful dissolution of the former Yugoslav nations in such a way that they could peaceably collaborate in the future.

He became involved with the Communist party while at university and became the leader of the League of Communists of Slovenia in 1986 but left when democracy began to rise.

After his presidency ended, he was succeeded by Janez Drnovšek.

He had two daughters with his wife Štefka Kučan.

He was inducted into the Club of Madrid, a pro-democracy organization that also claims former U.S. president Bill Clinton as a member.

Milan Kučan Is A Member Of