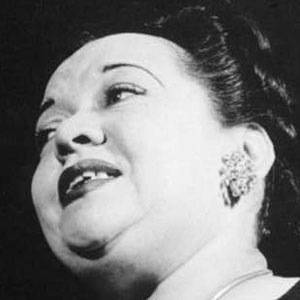 An influential jazz singer during the 1930's best known for songs like Please Be Kind. She was nicknamed "The Queen of Swing".

She worked at Woolworth's as a sheet music demonstrator after moving to Seattle at age seventeen.

She was posthumously inducted into the Big Band and Jazz Hall of Fame in 1989.

One of her brothers is singer and composer Al Rinker.

She contributed vocals to the Frankie Trumbauer song I Like to Do Things For You.

Mildred Bailey Is A Member Of