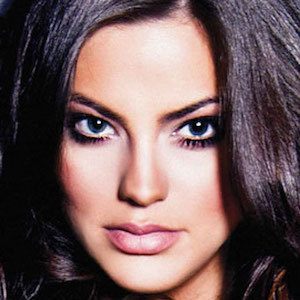 Serbian pop/folk singer known for her appearance on the Serbian singing show Zvezde Granda. Although she placed eighth, she was later signed to the Grand Production record label. Her first album, "Govor tela," was released in 2014.

She spent her childhood in Switzerland, but attended Megatrend University in Belgrade.

Her most viewed music video on YouTube, for the song "SELFI," has earned over 17 million views.

After growing up in Switzerland, she moved to a village in Serbia to live with her paternal grandparents, Rada and Vladimir.

She and Jelena Karleusa are both popular Serbian pop singers.

Milica Pavlovic Is A Member Of