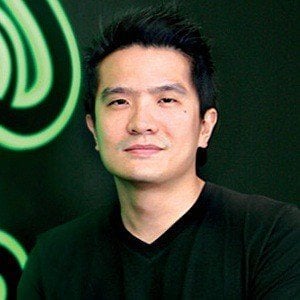 Entrepreneur best known as the co-founder, CEO and Creative Director of the gaming hardware company Razer Inc. He's won numerous awards for his accomplishments, including Asian of the Year in 2016 by the Straits Times.

He was a lawyer before co-founding Razer with business partner Robert Krakoff in 2006.

He was named one of The 25 Most Creative People in Tech by Business Insider as well as one of the top 40 most powerful people in gaming by Kotaku.

He hails from Singapore. He attended the National University of Singapore.

He was named one of the Top 10 Most Influential Leaders in Tech ahead of Elon Musk of Tesla.

Min-Liang Tan Is A Member Of