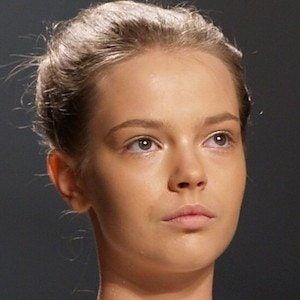 International print and runway model known for gracing the catwalk for in-demand designers like Balmain, Caroline Herrera, and Stella McCartney. The Serbian beauty has also graced the covers of Italian Glamour, Serbian Elle, and V Magazine.

Her first major success in modeling was in 2006 on the runway for Doo.Ri. By the following year, she'd scored a spot in an advertising campaign for Diane von Furstenberg.

She has become the face for a number of prestigious designers including Gianfranco Ferré and Alberta Ferretti.

She has one sister named Miljana. She married Mohammed Sultan.

Mina Cvetkovic Is A Member Of