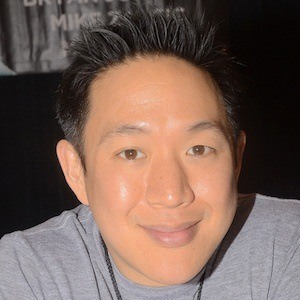 Webmaster turned presenter who got his start creating websites for Kevin Smith's company. He would go on to star on AMC's Comic Book Men and would co-host the podcast I Sell Comics!

After earning a degree in communication from University of Michigan, he kickstarted his career working with Kevin Smith on a fansite for the 1996 film Clerks.

He has dabbled in acting, appearing in films like Jay and Silent Bob's Super Groovy Cartoon Movie and Dogma.

His full name is Cliff Ming Si-Chen. His parents were born in China but raised in Taiwan. He and his wife, Debbie, have two children.

He is joined on Comic Book Men by Walt Flanagan and Kevin Smith.

Ming Chen Is A Member Of