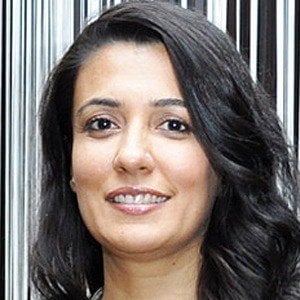 Television personality best recognized as the former host of the reality singing contest Indian Idol. Her formative years were spent as a VJ for MTV and she has since been seen as a contestant on Jhalak Dikhlaja and as a lifeline on Kaun Banega Crorepati.

She earned both a degree in English literature at Lady Sriram College and a degree in business management from the Institute of Management Technology, Ghaziabad.

She has dabbled in acting, appearing in the Bollywood films Dil Vil Pyar Vyar and I, Me, aur Main.

Her husband is film director Kabir Khan. She has two children, Vivaan and Sairah.

In the 2013 film I, Me, aur Main, she acted alongside the film's stars John Abraham and Prachi Desai.

Mini Mathur Is A Member Of