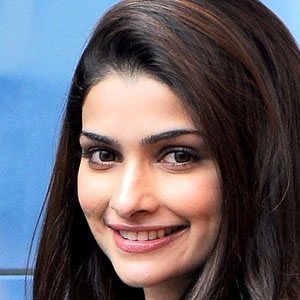 Perhaps most well known for her role as Bani Jai Walia on the Indian soap opera Kasamh Se, she is also notable for her performances in the films Life Partner (2009) and Once Upon a Time in Mumbaai (2010).

She was appointed the Indian spokesperson for the Neutrogena skincare brand.

She was born and raised in Surat, India with a sister named Esha, who is also an actress.

She played the wife of the character portrayed by Farhan Akhtar in the 2008 movie Rock On!!

Prachi Desai Is A Member Of