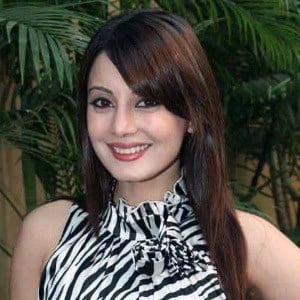 Indian actress who earned her celebrity status after appearing in the films Honeymoon Travels Pvt. Ltd, Bachna Ae Haseeno and Well Done Abba. She later competed on the reality series Bigg Boss 8 in 2014.

She was nominated for a 2011 Central European Bollywood Award for Best Actress.

She married nightclub owner Ryan Tham in 2015. Her parents' names are Kawel and Manju.

She was a housemate on Bigg Boss which was hosted by Salman Khan.

Minissha Lamba Is A Member Of