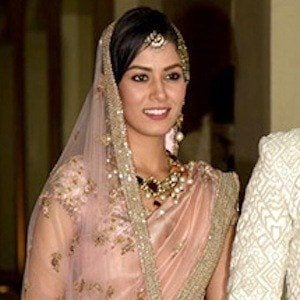 Known for being the wife of Bollywood star Shahid Kapoor. They got married on July 7, 2015.

She was studying at Lady Sri Ram College when she started dating Kapoor.

She spent time as an intern with the United Nations.

She has an older and younger sister. She and Shahid welcomed a daughter named Misha in 2017.

Although she married Kapoor, she's listed Salman Khan as her favorite actor.

Mira Rajput Is A Member Of