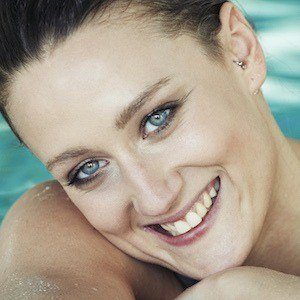 World record-holding Spanish swimmer who won two silver medals at the 2012 Olympic games, becoming the first swimmer from her country to medal twice at one Games.

She started competing at the World Youth Championships in 2006. She won her first gold medals in competition in 2008.

She was born to Jose Belmonte and Paqui Garcia and attended Open University of Catalonia.

She competed against Katie Ledecky at the 2012 Olympics, falling second to her in the 800 meter freestyle.

Mireia Belmonte Is A Member Of