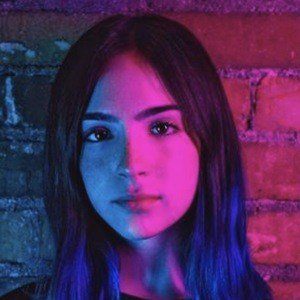 Daughter in the popular YouTube and Vine family Eh Bee who's also known as Miss Bee and formerly as Miss Monkey. The family is also popular on Facebook and Instagram. The family YouTube channel has over 9 million subscribers. Also a musical artist, she has covered songs on her personal YouTube channel and on the Eh Bee channel.

She was six years old when her family began posting content online.

The Eh Bee family has done multiple sponsorships, working with companies like Disney, Pepsi, and Samsung. She has been known amongst Eh Bee fans as Miss Monkey.

Her real name is Gabriela Rossana Burgos. She is the youngest in a family of four that includes an older brother who is known as Mr Bee. Her parents are known as Papa Bee and Mama Bee.

Gabriela Bee Is A Member Of