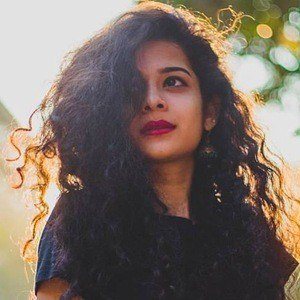 Actress and internet star who rocketed to fame in her breakout role as Koyal in the 2015 film Katti Batti. She later went on to join the cast of the series Girl in the City.

One of her first screen roles was in the 2014 short film Majha Honeymoon.

Her self-titled YouTube channel has earned more than 4.3 million subscribers through song covers and videos of her television interviews.

She was born and raised in Mumbai.

Her character in Katti Batti was the sister of Imran Khan's character, Madhav Kabra.

Mithila Palkar Is A Member Of