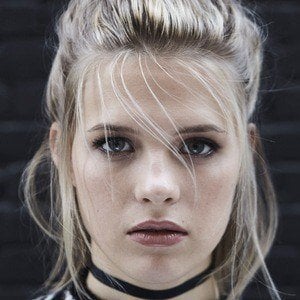 Once voted Distinguished Young Woman of Minnesota, she is a singer and songwriter who made a name for herself following the release of her 2014 YouTube hit "His Daughter." In 2017, she released the single "Prom Queen."

She recorded her hit song on a cracked iPhone while playing on her grandmother's out-of-tune piano.

She is an accomplished violinist and artist. She also enjoys acting and counseling.

She is the second youngest of 7 siblings. She married Brock Baker in 2016.

She was praised for her song by American Idol winner Jordin Sparks.

Molly Kate Kestner Is A Member Of