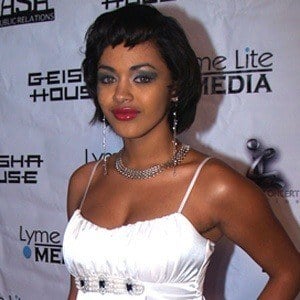 American reality television personality who rose to fame after appearing as a contestant on the VH1 reality series For the Love of Ray J. On the series she was given the nickname "Danger."

In February 2011 she was featured on the cover of Tight Rope Magazine.

She gave birth to a daughter named Mayara Josephine Cannon in 2009.

She and Joanna Hernandez both appeared on the first season of For the Love of Ray J.

Monica Leon Is A Member Of