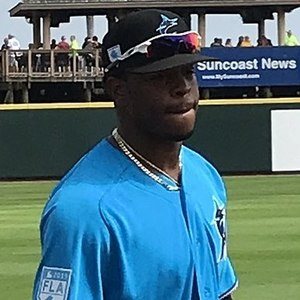 Professional baseball player who is best known for playing the position of outfielder. He is known for his work playing with the Milwaukee Brewers.

He played several sports in high school including football, basketball, and baseball at Lee's Summit West High School. He was then drafted by the Milwaukee Brewers in the second round of the 2014 Major League Baseball Draft.

In addition to his skills in baseball, he is known for being one of the top college football recruits for the University of Nebraska.

He was born and raised in Lee's Summit, Missouri. His brother Shaquille Harrison plays for the Northern Arizona Suns of the NBA G League.

He plays alongside Andrew Susac and Orlando Arcia on the Milwaukee Brewers.

Monte Harrison Is A Member Of