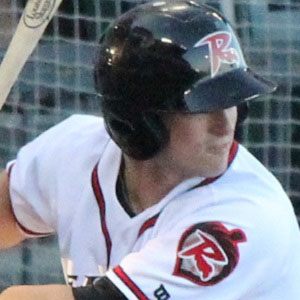 MLB catcher who was a member of the 2014 World Series Champion San Francisco Giants, where he was a backup to Buster Posey. He was drafted by the Giants in 2011 after playing college baseball at Oregon State University.

He played high school baseball at Jesuit High School in Carmichael, California. He was originally drafted by the Philadelphia Phillies in the sixteenth round of the 2009 MLB Draft but elected play at Oregon State.

He had a hit in a September 1, 2014 continuation game against the Colorado Rockies which originally began on May 22. Because of the MLB's record-keeping rules, his first hit as an MLB player is listed as having occurred on May 22, 2014.

His father is youth baseball coach Nick Susac. He has a younger brother named named Daniel.

Andrew Susac Is A Member Of