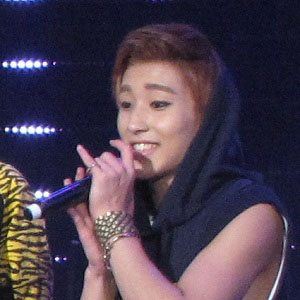 Famous for his membership in the South Korean pop group B.A.P., this lead dancer and backup vocalist contributed to the debut B.A.P. studio album, First Sensibility, as well as to the hit singles "Warrior" and "Power." By early 2015, he had more than 650,000 Twitter followers.

He stated in interviews that he idolized American pop and hip hop singer and dancer Chris Brown.

He and his two brothers grew up in Seongnam and Seoul, South Korea.

He was featured in the music video for the Jeon Hyosung and Secret single "Shy Boy."

Moon Jongup Is A Member Of