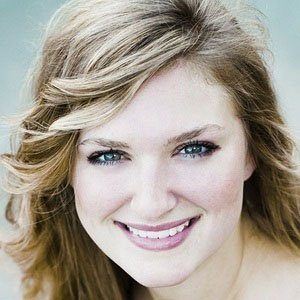 Voice actor best known for her work with the anime production company Funimation. Some of her most famous roles include the starring role of Tina on the series Toriko and Seraphim on Is This a Zombie?

She was an aspiring stage actress who played roles like Sandy in a production of Grease.

In 2012, she received the Behind the Voice Actors' Breakthrough Voice Actor of the Year Award.

Her parents are from Texas.

She and Bryce Papenbrook have both voiced characters on the animated series Attack on Titan.

Morgan Garrett Is A Member Of