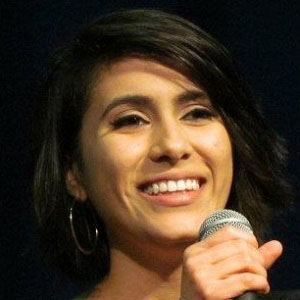 Known for her work in anime series such as Magical Girl Lyrical Nanoha and Knights of Sidonia. She has also voiced the Ladybug in the series Miraculous: Tales of Ladybug & Cat Noir and contributed to video games like  BlazBlue.

Early in her career, she portrayed Louise in the Japanese manga series The Familiar of Zero.

She replaced actress Patricia Ja Lee in the role of Haruhi Suzumiya in a live action version of The Adventures of the ASOS Brigade.

She was born and raised in the Los Angeles area. She has featured her pet Corgi, Frey on her Instagram. She and Nathan Sharp started dating in 2017 and got engaged, but eventually called things off in 2018.