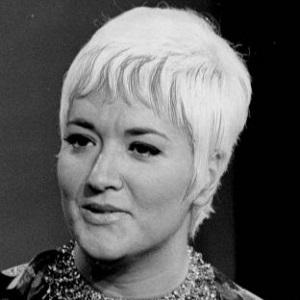 American actress and jazz singer who is known for her role as Carmela Corleone in the popular films, The Godfather and The Godfather Part II in 1972 and 1974, respectively.

She earned a scholarship to the Metropolitan School of Music when she started singing at age 16 and was signed to a record deal after performing in Greenwich Village at a nightclub in 1953.

The last film she starred in before her retirement was in A Brooklyn State of Mind in 1987.

She was friends with musician Charlie Parker.

Morgana King Is A Member Of