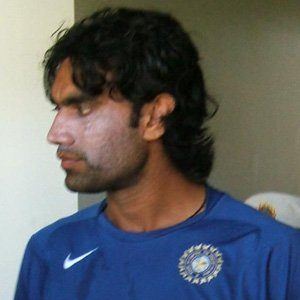 Right-arm fast medium cricket bowler for a number of teams such as Maharashtra and the Mumbai Indians.

He first gained attention in 2003 when he was invited to the MRF Pace Foundation in Chennai before playing in a first-class match.

He was invited to the MRF Pace Foundation by chairman of selectors and former Indian wicket-keeper Kiran More.

Munaf Patel Is A Member Of