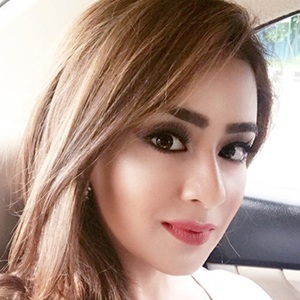 Movie actress who appeared in the 2017 film Paisa Vasool as Harika. She appeared on the cover of Wow! Hyderabad Magazine in April 2018. She has over 850,000 followers on her musskansethi9 Instagram account.

As a child, she was very creative and would often paint, dance, and perform.

She studied interior design at the Pratt Institute in New York and mass media from School of Broadcasting and Communication in Mumbai.

Her parents are Adhiraj and Musskan. She celebrated their anniversary on Instagram in February 2018.

She acted alongside Nandamuri Balakrishna in Paisa Vasool.

Musskan Sethi Is A Member Of