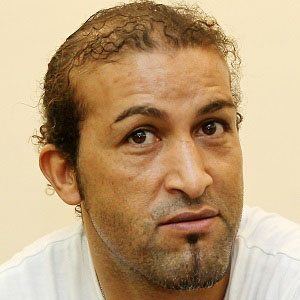 Between 1991 and 2010, this Moroccan midfielder played professionally in such countries as France, Spain and England and represented the Moroccan national team. Over the course of his distinguished career, he scored a total of 104 goals, including one in a 1998 FIFA World Cup game against Norway.

In the early 1990s, he played his youth career for France's AS Nancy team and was invited to join the club's senior squad after just one year.

He spent his early years in Morocco and France. His brothers Youssouf, Brahim, and Farid Hadji all became professional footballers, as did his son Samir Hadji.

At the height of their careers, he and Algerian soccer star Rabah Madjer were both named African Footballers of the Year.

Mustapha Hadji Is A Member Of