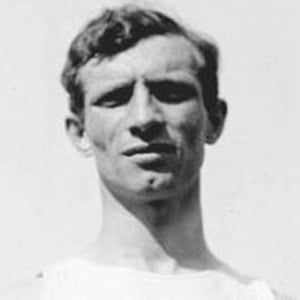 American athlete who won four Olympic gold medals at the beginning of the 20th Century, winning in the long jump and triple jump.

He was captain of the Syracuse track team in college.

He was the son of Jacob and Julia Prinstein.

He is a member of the International Jewish Hall of Fame along with baseball legend Hank Greenberg.

Myer Prinstein Is A Member Of