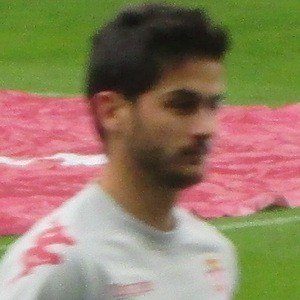 Spanish soccer player who has been a member of Sporting de Gijón in La Liga. He has played the position of central midfielder.

He made his debut with Sporting de Gijón in January 2011.

He hails from Gijon in Spain.

He had an assist in a victory over Real Madrid in April 2011, a team that was managed by José Mourinho.

Nacho Cases Is A Member Of