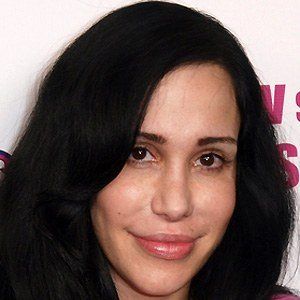 Best known as the Octomom, she gave birth to eight babies on January 26, 2009.

She once worked for the Metropolitan State Hospital as a psychiatric technician.

She has been swamped by money troubles since birthing her octuplets and filed for bankruptcy in 2012.

Hers were only the second full set of octuplets born in the United States. She has six other children from prior relationships. She dated bodybuilder Frankie G in 2012.

In 2010, she told her unique story on the Oprah Winfrey show.

Nadya Suleman Is A Member Of