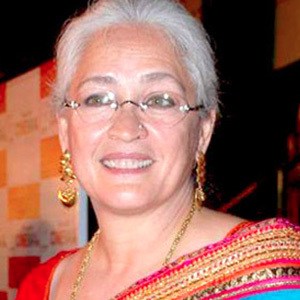 Bollywood actress whose storied career has seen her appear in noteworthy films including Junoon (1979), Major Saab (1998) and Life In A... Metro (2007). She's also worked as a politician and activist in the Indian National Congress.

She became accomplished in several different fields before settling on acting -- she was the national swimming champion from 1972-1974, she won the Femina Miss India title in 1976, took 2nd runner-up in the Miss International contest was also a jockey at the Calcutta Gymkhana in 1979.

She was diagnosed with Stage 3 Ovarian cancer in November of 2018 and shared her diagnosis on Instagram.

Her husband is the renowned polo player and Arjuna awardee, retired Col R.S. Sodhi. They have two daughters Armana, Pia and a son Ajit and she took an 18-year break from acting to raise them.

She starred alongside Shashi Kapoor in Junoon.

Nafisa Ali Is A Member Of