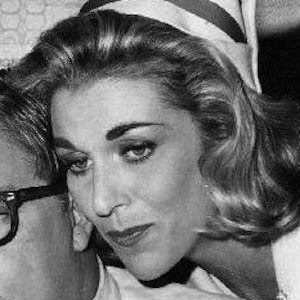 Film actress known to horror fans as the mother of Freddy Krueger in 'A Nightmare on Elm Street 3: Dream Warriors'. As a TV actress she played Mrs. Lauder on the long-running sitcom The Drew Carey Show.

She grew up in Santa Monica, California and appeared in her first film, "The Man in the Gray Flannel Suit", in 1956.

She died at her home in Malibu five years after she acted in her last film, 2005's "Thicker Than Water".

She was married to composer Robert Emmett Dolan and architect Harry Gesner.

She played the mother of Robert Englund, a.k.a. Freddy Krueger, in the third "Nightmare On Elm Street" film.

Nan Martin Is A Member Of