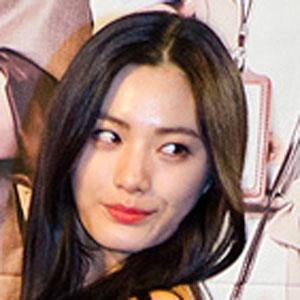 Known best as a member of the all-female band After School, this South Korean pop singer and rapper also performed with the related groups Dazzling Red, Orange Caramel, and A.S. Red. Her popular singles include "Eyeline" and "Close Your Eyes."

Before joining After School, she competed in the Asia Pacific Super Model Contest and also became a card-holding member of the Makeup Artists Association.

She had a cameo role in the 2014 film Fashion King.

Born Im Jin-ah, she grew up in Cheongju, South Korea. She later trained at the Seoul Institute of the Arts.

Nana Is A Member Of