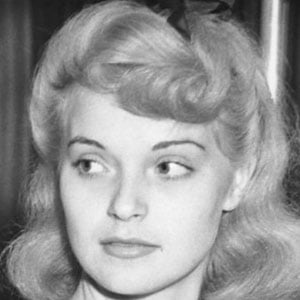 Hollywood's leading lady of the late 1930s and '40s who appeared in more than two dozen films.

One of her first film roles was in the 1935 film Firebird, coming after she was spotted by a talent scout for Warner Brothers.

She was dropped by Universal Studios at the end of her film contact in spite of being praised by the press, and went into radio work, where she met her second husband.

Her very first screen role was in a 1934 film adaptation of Sinclair Lewis's novel Babbitt.

Nan Grey Is A Member Of