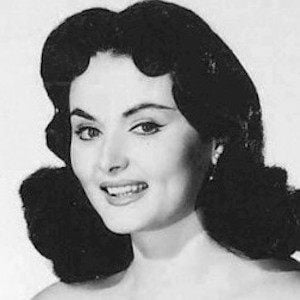 She was a successful model and worked for publications like Vogue.

She became an ordained minister after her retirement from acting.

She was the 6th child of John Ernest Driver and Delphia Waters Driver.

She acted alongside Elvis Presley in the 1961 musical Blue Hawaii.

Nancy Walters Is A Member Of