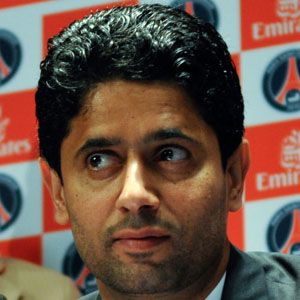 He was a member of the Qatar Davis Cup team as a professional tennis player.

In addition to tennis, he has branched out into the soccer world, becoming President of the Ligue 1 team Paris Saint-Germain.

He is a representative of the Qatari royal family.

He has been president of the soccer team Paris Saint-Germain, which has been host to a number of notable players including Mamadou Sakho .

Nasser Al-Khelaifi Is A Member Of