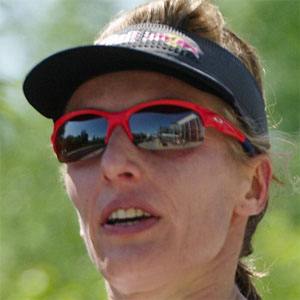 Triathlete who had a dominant stretch at the Ironman World Championships from 1996-2005, where she won six gold medals and two silvers.

She was a very successful youth athlete.

She is known best for being a force during the bike leg, and for smiling while competing.

She married her coach, Toni Hasler, and has a daughter.

She is one of the few women to win multiple Ironman World Championships, along with triathletes such as Chrissie Wellington.

Natascha Badmann Is A Member Of