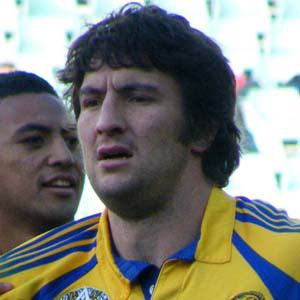 Former second row and prop who captained the National Rugby League's Parramatta Eels and played internationally for Australia from 2000 to 2009.

He played for the junior club Robertson.

Rugby coach Brian Smith complimented his tenacity, saying, "Physiologically he's got something inside him and he keeps going and going."

Nathan Hindmarsh Is A Member Of