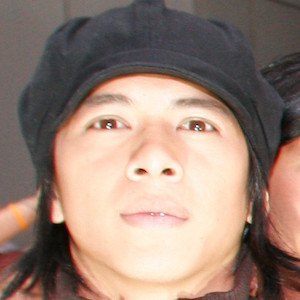 Indonesian singer also known as Ariel who is most famous for being the frontman of the rock band Noah. In 2011, he was sentenced to three and a half years in prison for appearing in three sex tapes which were leaked online.

Before forming Noah, he was the leader of the bands Sliver, Cholesterol and Topi.

He played a role in the 2009 drama film The Dreamer.

He was married to Sarah Amalia until 2008. He has a child named Alleia.

Nazril Irham Is A Member Of