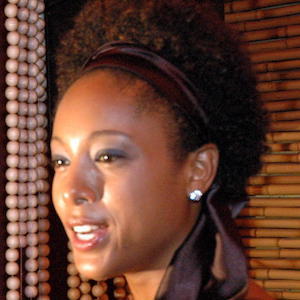 Incredibly popular hip hop and soul artist who has released nearly half a dozen successful albums since her debut. This includes the #1 album Negra Livre released in 2006 through Sony Music. She is also known for numerous #1 singles in Brazil including "Não é Sério" and "Você Vai Estar na Minha."

As a child, she sang in her church choir and into her teens became obsessed within imitating Whitney Houston. By sixteen, she'd become interested in rap music as well. She eventually began her professional career as a member of the rap group RZO.

In 2006, she made her acting debut as Preta in the film Antonia. She would go on to reprise the role in the television series of the same name.

She married Carlos Cresio Lima de Almeida Jr. in 2008 and they have one daughter, Sofia Almeida.

In 2008, she released the internationally popular single "Beautiful" which featured Akon.

Negra Li Is A Member Of