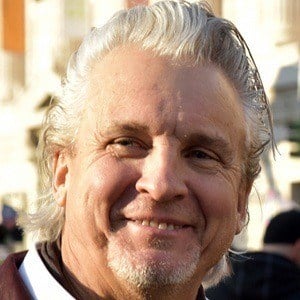 American professional guitarist who rose to fame as both Pat Benetar's touring guitarist, as well as, husband. He is also recognized for his work with Kenny Loggins on the album High Adventure.

He first picked up a guitar at the age of 5 and after being inspired by bands such as The Yardbirds he began performing at age 15.

In the early 2000's he transitioned into film composing and worked on the features Last Request and Nailed.

He married rock and roll singer Pat Benatar in 1982 and the two have two children together Haley and Hana Giraldo.

Renown record producer Mike Chapman suggested that he team up with a then up and coming Pat Benatar.

Neil Giraldo Is A Member Of