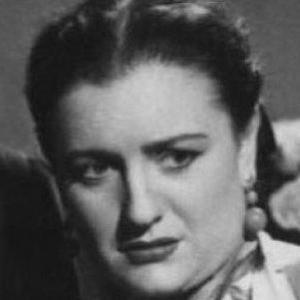 Egyptian actress, dancer and choreographer who was prominent from the late 1930s to the 1960s.

She began a solo dance show when she was just five years old and was considered a prodigy.

She became a widely acclaimed dancer after attaining success as a performer.

Her father was Italian and her mother was Greek.

Nelly Mazloum Is A Member Of