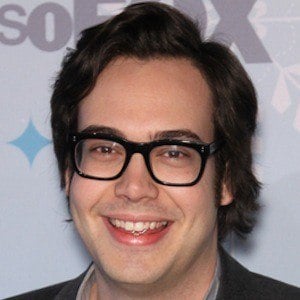 Known for his career in both film and television. He gained widespread renown for his recurring role as Nick the I.T. worker on The Office between 2008 and 2010. He has also appeared in a recurring role on the TV series Veep and New Girl.

He graduated from New York University's Tisch School of the Arts. He earned his first major bit film role in 2009's I Love You, Man.

He was cast as series regular Adam in the short-lived FOX sitcom Traffic Light in 2011. He appeared in the 2012 film Argo as a Los Angeles Times reporter.

He has considered Renee Felice Smith a close friend, as the two graduated from NYU's Tisch School of the Arts as classmates.

Nelson Franklin Is A Member Of