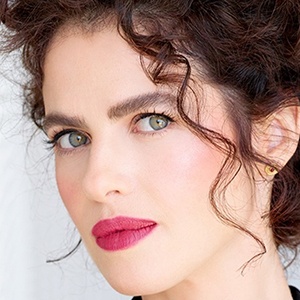 Architect who is best known for her futuristic designs, which have at times come to fruition by way of 3-D modeling. She won the Earth Award for Future-Crucial Design in 2009.

She graduated from the London Architectural Association School of Architecture in 2004.

Her work has been featured in the Museum of Modern Art, the Cooper Hewitt Design Museum, and the Centre Georges Pompidou.

She married Osvaldo Golijov in 2011. She started dating Brad Pitt in 2018.

She and Chuck Hull are both known for their involvement in 3-D printing.

Neri Oxman Is A Member Of