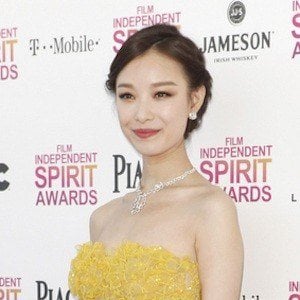 Movie actress who starred in Zhang Yimou's 2011 film The Flowers of War as Yu Mo. She has 1.2 million followers on her captainmiao Instagram account.

She studied television broadcasting and hosting at the Communication University of China.

She won Best Actress at the 21th Shanghai Film Critics Awards in 2012.

She and Katrina Kaif are both actress from China.

Ni Ni Is A Member Of