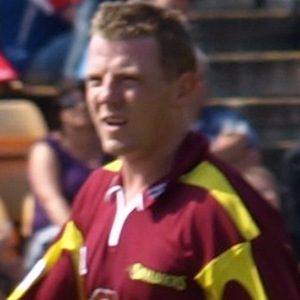 Batsman and wicketkeeper known for propelling Ireland to an upset victory over Pakistan in the 2007 Cricket World Cup, where he scored 72 of his country's 133 runs and was named Man of the Match.

He made his professional debut in 2004 when he signed with Kent. He joined Ireland's national squad in 2005 and made his debut for the country a year later.

He and his brother Kevin have both represented their country internationally, following in the footsteps of their father, Brendan. He also has a sister named Ciara.

He and Umar Akmal have both played first-class cricket for Leicestershire.

Niall John O'Brien Is A Member Of