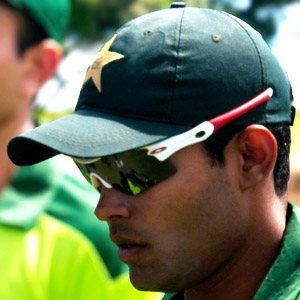 Batsman who made his ODI debut for Pakistain in August 2009. He has scored over 4,000 runs in first-class cricket and has played domestically for teams like the Khulna Royal Bengals.

He first represented Pakistan at the Under 19 Cricket World Cup in 2008.

He was dropped from the Barbados Tridents' tour of Zimbabwe after being hospitalized for seizures in 2013.

His brothers, Adnan and Kamran, have both been professional wicket-keepers.

He has been teammates with Mohammad Hafeez on the Pakistani international team.

Umar Akmal Is A Member Of