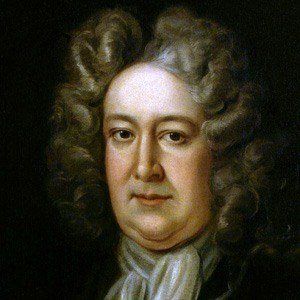 British poet, playwright, and author known for Ode for the New Year MDCCXVI and The Ambitious Stepmother. His other works include The Fair Penitent and The Biter.

He inherited his father's fortune when he was nineteen years old and gave up a budding law career to pursue writing.

He became Poet Laureate of the United Kingdom in 1715.

He wed and had a son with a Miss Parsons. His second marriage was to Anne Devenish, with whom he had a daughter.

He edited the works of William Shakespeare in 1709.

Nicholas Rowe Is A Member Of