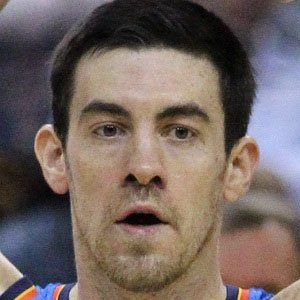 NBA power forward/center drafted by the Seattle Supersonics in 2003. He stuck with the franchise during their transition to the Oklahoma City Thunder and became a veteran leader on one of the league's best teams.

He grew up in Fort Dodge, Iowa, attending Iowa Falls High School and was a McDonald's All-American in 1999.

He married Robbie Harriford in 2007 and the couple had a daughter named Emma together.

Nick Collison Is A Member Of