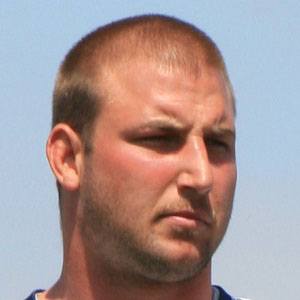 At Lawrence North High School, he was a state champion wrestler and, surprisingly, did not play football.

He received the Ed Block Courage Award in 2008.

He married Jayme-Lee Biamonte, who played women's soccer at Purdue.

He was teammates with quarterback Drew Brees at both Purdue and San Diego.

Nick Hardwick Is A Member Of