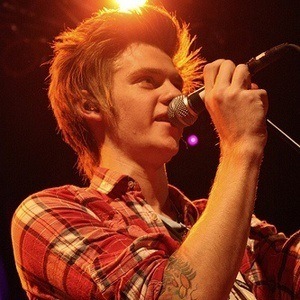 American rock and roll singer/songwriter who rose to fame as the lead vocalist of the pop rock band A Rocket to the Moon. In 2015 he founded a new project which was dubbed Beach Weather.

While he was in high school he fronted two bands, The Bad Year and The Midway Class.

In 2013 he embarked upon a solo career and released an EP under the name Nick Santino & The Northern Wind.

Both he and Eric Halvorsen performed with A Rocket to the Moon.

Nick Santino Is A Member Of